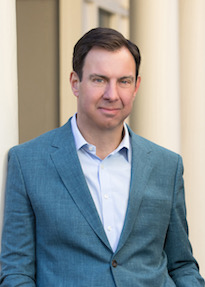 Jonathan Putnam is a novelist and attorney.  His books in the Lincoln and Speed Mystery Series, published by Crooked Lane Books in New York, include A House Divided (2019), Final Resting Place (2018), Perish from the Earth (2017) and These Honored Dead (2016).  The books have been optioned for the screen, and Variety magazine has reported that a major TV series is in the works.

Jonathan’s Lincoln and Speed Mystery series has been a #1 Amazon best-seller.  Book Reporter called the series “historical fiction at its finest,” while Suspense Magazine wrote that, “Putnam has done a great job of bringing the famous man alive … in this truly cool series.” Pulitzer Prize-winning Lincoln scholar Doris Kearns Goodwin said: “Splendid … one of the most enjoyable works of fiction I have read in a long time.”  Historical Novels Review called These Honored Dead “wonderful historical fiction” and Perish from the Earth “well-plotted, compelling and exceptional.” Publishers Weekly praised These Honored Dead in a starred review.  Shelf Pleasures called Perish from the Earth, “One of the best books I have read in a long time. I can’t recommend it highly enough… I’m certain you will be captivated by its raw and honest look at this part of American history and by the beauty of the language used to portray the people, both real and imaginary.”

Jonathan has given keynote addresses for civic groups, bookstores, historical societies, libraries, schools and lawyer groups all across the country. He has frequently been featured on TV and in print.  He was chosen to narrate two episodes on the young Lincoln for the popular “10 American Presidents” podcast series.

Jonathan is also a nationally known trial lawyer.  He was an equity partner at the New York City office of the leading international law firm Kirkland & Ellis LLP, a firm he has been associated with since 1993.  He specializes in representing companies and individuals in complex commercial litigation, often disputes involving intellectual property such as patents or trademarks.  He has been the lead trial counsel in over a dozen trials, conducted around the country in front of juries, judges and professional arbitrators.  His work as a lawyer has often been recognized by national legal publications, including The American Lawyer magazine, which named him one of the top 50 trial lawyers nationwide under the age of 45.  He has also served in a number of leadership capacities at Kirkland & Ellis, including serving as the firm-wide hiring partner.  Jonathan continues to serve as of counsel at Kirkland.

Jonathan is on the Board of Directors and serves as Treasurer for the Book Industry Charitable Foundation (BINC), a charity focused on helping to sustain independent booksellers. He is a founding member of the Author Leadership Circle for BINC and donates a portion of his royalties to the foundation. Jonathan also is on the Board of Directors and serves as Treasurer of the Historical Novels Society of North America.  He has been active in a number of charitable causes relating to children and access to higher education for less fortunate kids.  Jonathan is also the much-criticized commissioner of his family's fantasy football league and a back-of-the-pack marathon runner, having completed marathons in New York, Chicago, London, Paris and Las Vegas.  He and his wife, Christin Putnam, have three sons.

Please sign up for my newsletter.  You'll be the first to learn about my new projects and upcoming author events.  And you'll get an exclusive sneak peek at the opening chapters of my latest mystery.  Thanks! - Jonathan